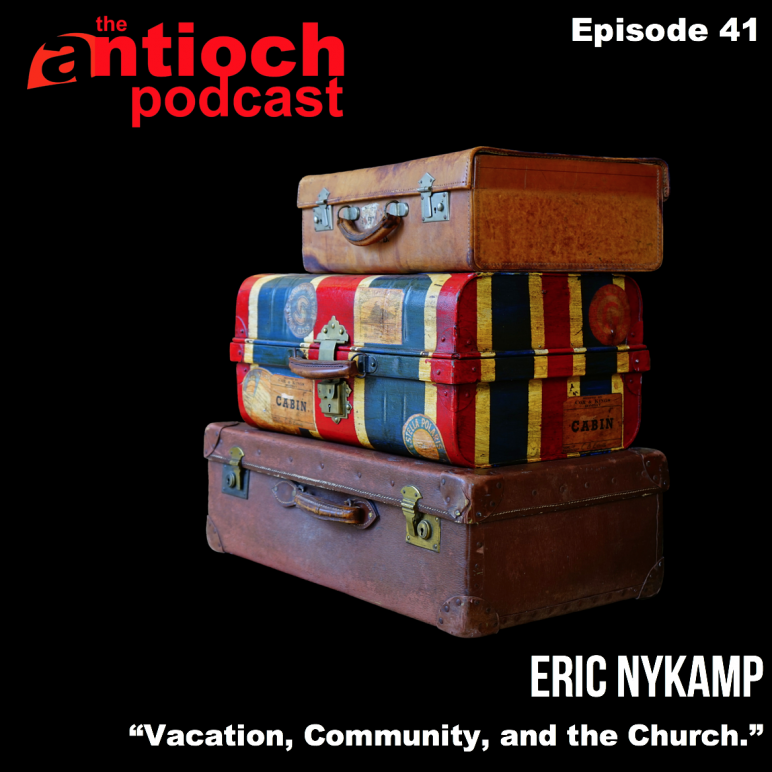 I’m getting ready to leave to go on vacation. Probably some of you will also be planning some kind of trip over the summer where you won’t be at your home church. If you are fortunate enough, you might want to visit another church to see how they worship as a part of your trip. For my family, we try to visit other multiethnic churches when we are on the road . . . or in our case this year, overseas to visit my wife’s family in Hong Kong.

So . . . whenever you visit another church, it is inevitable that we humans compare what we think is normal about our home church to whatever church we are visiting.

So here are questions I ask about my own congregation at home, as well as the congregations I visit while traveling anywhere.

1.) What ethnic groups make up the community around the church building?

2.) What ethnic groups make up the congregation?

3.) What ethnic groups make up the leadership in this church?

4.) Whose ethnic songs are used in worship? (You could also examine cultural rules for timeliness, emotional expression etc.)

5.) What can you learn from noticing the similarities and differences between these three groups of people?

So let me start with my own home church. We are one church in three campuses, with each Madison Church campus in a different neighborhood.

The original campus of Madison is in the Madison Square Neighborhood of Grand Rapids, a neighborhood with a predominantly African-American population and a sizeable Latinx population which is gradually becoming more and more of a presence here. There are very few white folks in the neighborhood, and nearly no Asian or Native Americans. The housing stock is from the early 20th century, built over what had previously been a shanty-town on the outskirts of Grand Rapids. Many of the homes show signs of neglect, though there are some noteworthy examples of restoration taking place as the area is seeing some recent re-investment.

A couple of miles north on Madison Avenue is Madison’s Ford Campus, which meets in a Public Middle-School gym in a neighborhood that is nearly entirely African-American falling solidly within the former red-lined area of Grand Rapids. The housing stock is smaller homes from around the turn of the twentieth century, some in good repair, and some in a state of disrepair. However, it borders a neighborhood of historic homes which have been recognized for their historical value and saved from dereliction by a historic preservation committee. This neighborhood is home to many middle and upper-middle class white people who want to live near the revitalized downtown area. The difference in housing stock is striking in this neighborhood, and the two populations of the two neighborhoods rarely mingle.

Miles away on the northern side of Grand Rapids is Madison’s 4-year-old North campus. Like the Ford campus, Madison North meets in a school gym. Unlike its two sibling congregations, Madison North lies far outside the former red-lined areas of Grand Rapids. It is not far from where a group of history-making African American families bought their own land and built their own houses during the Civil Rights era, as a way to escape the housing discrimination rampant in Grand Rapids at the time. The neighborhood Madison North calls home is a mix of post World War Two housing through the early 1970’s, with a number of low-income and apartment housing complexes throughout the neighborhoods. The area is predominantly white, but there are pockets within the neighborhood with higher-concentrations of African American people.

However, at each campus, there is an intentional mix of ethnic leadership, with the Ford and Square Campuses having the largest and more diverse leadership staff, and the North campus (being the newest) with a very small, and less diverse staff. All the campuses recognize the importance of raising up and attracting leaders from a variety of ethnic communities, as well as the dis-service placing someone in a leadership position they are not suited for just for the sake of building a diverse staff. If our campuses did not value having diverse leadership, we might as well forget the idea of growing an empowered multiethnic church community. Without diverse leadership, a multiethnic church would be little more than a multiethnic church plantation (https://thewitnessbcc.com/unhealthy-multi-ethnic-church-plantation/ ).

At Madison Churches, we often talk about trying to develop inclusive church cultures that are welcoming to all. But with so many ethnic communities and worship styles just in our city, who exactly are we trying to include? Here is the latest thinking on this matter. Traditionally, we have talked about designing worship services that draw on the following musical homes:

So let’s ask ourselves a few questions about our home church cultures, and for a point of comparison, what we might learn from asking these same questions of our brother and sister congregations we might worship with while on vacation this summer.

We are taking a summer vacation on the Antioch Podcast for a month or so, but when we come back, I’m going to share with you a little about my exploration of multiethnic churches in Hong Kong over the summer. We’ve got some other great episodes percolating for you to hear in season two – episodes on racial identity development, anti-racism training, and some great book recommendations from Retonia! So . . . watch your podcast feed! We’re coming back soon!