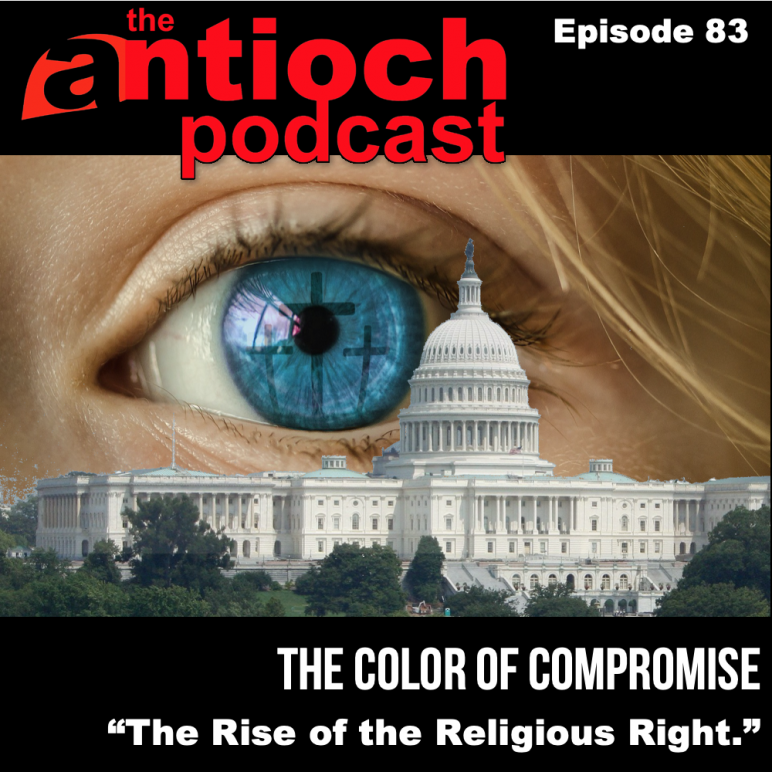 This episode of the podcast was recorded following the surfacing of video footage depicting the shooting of another unarmed black man in America. By now most of you listening in real time would have heard of the case of Ahmed Arbery. For those listeners who are finding this recording while listening to the Antioch Podcast’s back catalogue at some point in the future, Ahmed Arbery was a 25-year old African-American man shot by two white vigilantes who saw him out for a jog and assumed he was responsible for a number of neighborhood break-ins. They shot him multiple times in a botched citizen’s arrest. At the time of this episode, courts have not yet delivered a verdict on this case.

This is the backdrop on which our conversation on the Color of Compromise took place. This week, we had pre-planned to discuss Chapter 9, a chapter that covers the rise of the Religious Right in the late 1960s through the early 1990’s, a time where white evangelical Christians became a significant and dependable voting block within the broader Republican coalition. The irony is that this chapter discussed, among other things, the rise of “law and order” politics during this same time – policies which had the effect of demonizing communities of color, portraying them as dangerous and violent and legislating as if this was indeed true, all the while building upon the legacy of white purity and innocence in the American psyche. The policies developed during this time period directly set the stage for the spate of shooting of unarmed black men today, which have punctuated the news of the past decade with alarming frequency.

Reggie, Susie, Libby and I gathered around the mics, discussing this chapter about the past and its impact on the present.