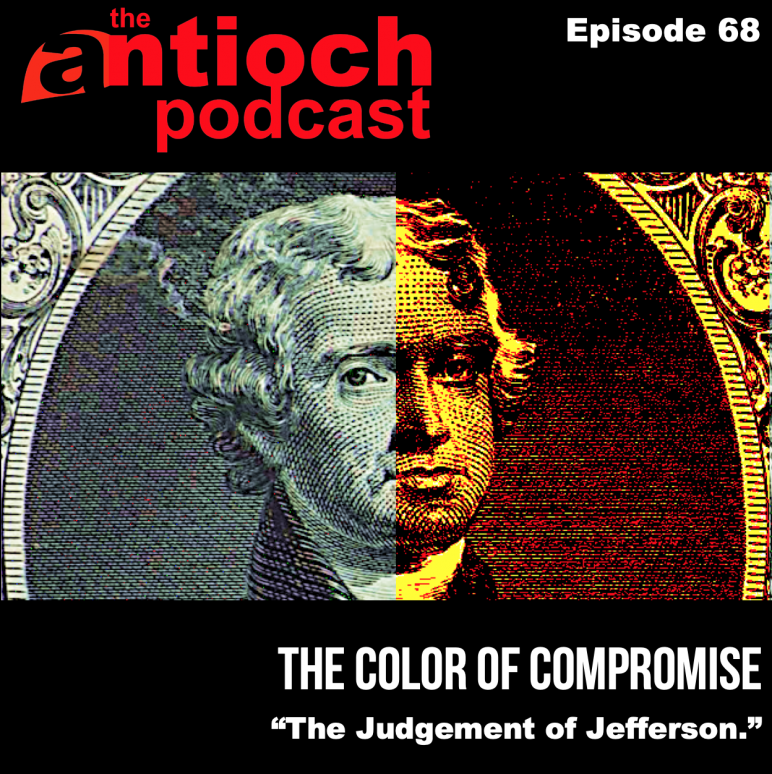 It is an undisputable fact that many of the founding fathers of the United States owned slaves.  But before they agreed to commit lives and resources to revolt against Great Britain, they wanted assurances that any future government would permit them to continue to amass personal fortunes off these privately-held unpaid labor forces.  To accomplish this, Thomas Jefferson, who was himself a slave-owner, became the person tasked with crafting the initial draft of the document now known as the Declaration of Independence.

But Thomas Jefferson was a complex and even contradictory man.  In this episode of the Antioch Podcast, we discuss the person, philosophy, theology of Thomas Jefferson, and how his views continue to affect race relations in the United States even today.