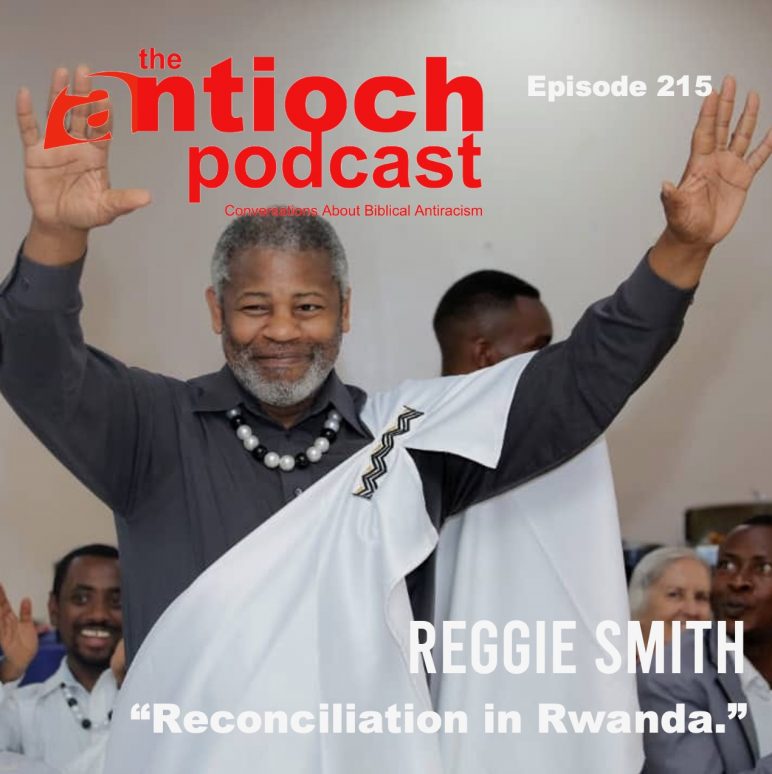 Over the next hour you are about to hear a candid conversation between myself and Reggie Smith about his experiences at the International School of Reconciliation in Rwanda. Reconciliation is a term used to describe Christian antiracism efforts often, but what reconciliation means – what it really means – takes on new meaning in the Rwandan context. The Rwandan genocide took place between April 7-July 15, 1994 during the Rwandan Civil War between the Tutsi and the Hutu peoples. During this approximately 100-day time period, an estimated 500,000 to 800,000 Tutsis were killed, and between 250,000 to 500,000 women were raped. It is an understatement to say that the genocide and war crimes had lasting and profound effects. Christians played a significant role in these killings … and Christians are now taking a role in the healing of their nation as well. Reggie shares some of these experiences with us here.