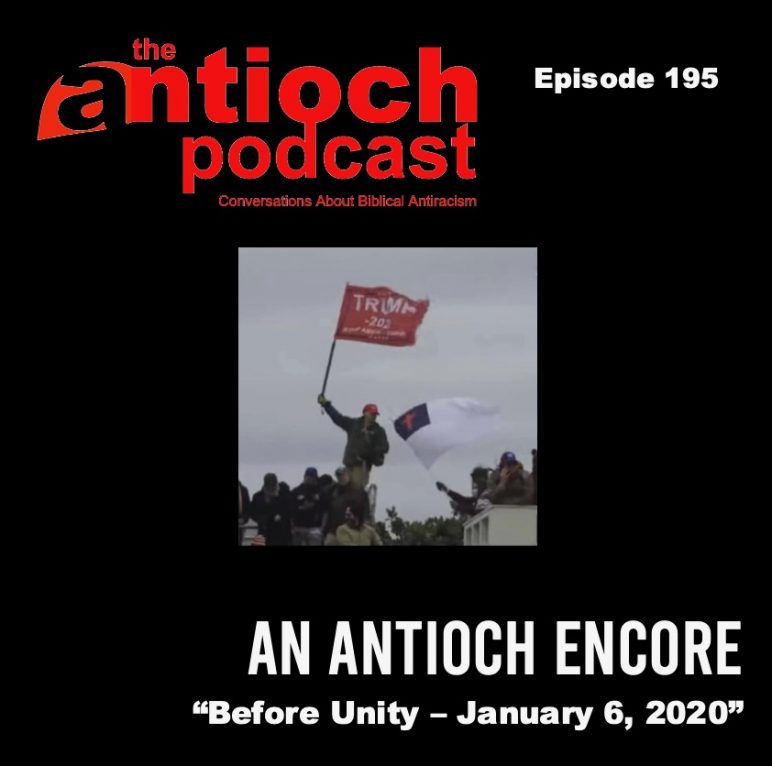 There have been hearings in recent weeks about the insurrection that took place on January 6th, 2022 when self-described white nationalists and others – some waving Christian flags – broke in to the capitol building. It was a time when for a while we had bipartisan condemnation of this attack on the nation’s capitol… a unity that has since disintegrated, returning back to the polarization that has characterized so much discourse in recent years.

We remember those days, and wanted to take this moment to release this episode from our archives which first aired the week following the uprising. There wasn’t consensus in the media, or on our team, about how to talk about what had happened … and you will hear that reflected in our word-choices as we converse.

The first voice you will hear will be mine, introducing the episode as I did on January 9, 2020.