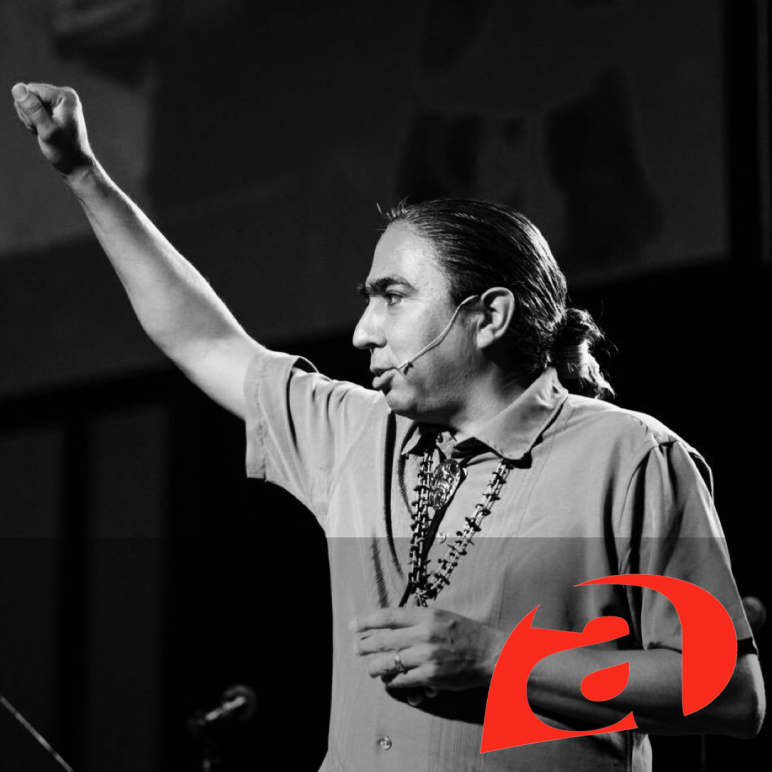 They were offended by him.
But Jesus said to them, “A prophet is not without honor,
except in his own country, and in his own house.”

To many, Mark Charles speaks with the voice of a modern-day prophet, bringing the unvarnished word of God to the Christian churches throughout the United States of America. Speaking boldly, his difficult message of national repentance from racism, paired with God’s promise of grace, draws strong responses from those who hear him speak. This episode of the Antioch Worship Leadership Podcast is a recording of one of Mark’s most recent messages, given at Madison Church’s Ford Campus, in January 2017, shortly after President Trump took office – which he references in this sermon.

Mark Charles is a speaker, writer, and consultant who recently moved to Washington DC from the Navajo Reservation. The son of an American woman of Dutch heritage and a Navajo man, Mark seeks to understand the complexities of American history regarding race, culture, and faith in order to help forge a path of healing and reconciliation for the nation. He partners with numerous organizations to assist them in respectfully approaching, including, and working with native communities.

Mark serves as the Washington DC correspondent and regular columnist for Native News Online and is the author of the popular blog “Reflections from the Hogan.” Mark also serves on the board of the Christian Community Development Association (CCDA) and consults with the Calvin Institute of Christian Worship (CICW). He is a founding partner of a national conference for Native students called “Would Jesus Eat Frybread?”

Mark is also the founder and director of 5 Small Loaves, an organization that pursues racial conciliation through honest education, intentional conversation, and meaningful action. Under this organization, Mark has proposed the development of a Truth Commission to shed light into the injustices perpetrated against Native Americans.
Mark is currently writing a book about the Doctrine of Discovery along with Dr. Soong-Chan Rah. Mark is a friend of Madison Church, and frequently preaches or leads workshops with us, bringing his thought-provoking perspectives to our congregation’s ongoing discussions on being a multiethnic church body.