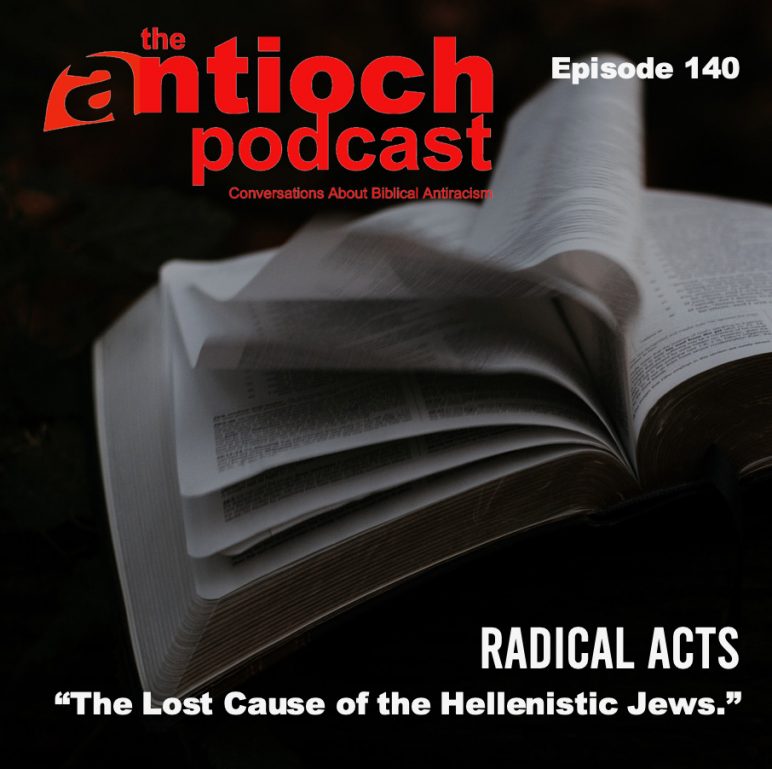 In today’s episode we continue our series “Radical Acts” the story of the birth of the multiethnic church.  Last episode we left off with the story of Stephen, the Hellenistic Jew.  Stephen was an “ethnic outsider” to the predominantly ethnically Jewish early church, and once in leadership, he went to share the story of Jesus to his own people – other Hellenistic Jews.

But the story of Jesus challenged the norms of the leaders of the Hellenistic Jews, who saw themselves as exceptional members of their ethnic community who in many ways were “more Jewish than the Jewish Jews” – which was what they believed marked them as insiders within Judaism, despite their obvious differences.  As Libby said last episode, Stephen’s sermon laid out that there was a pattern of the people of God getting messages – from God – and not listening to them.  And when he shared that this story included the Hellenistic Jewish people not following the Holy Spirit in the present day, the people dragged him out and put him to death.

In today’s episode, we take a closer look at the content of Stephen’s sermon, as it was recorded in full in Acts 8.  We look at how the sin condition of the people of God in the first Century is very much like the sin condition of people today, in this episode we are calling “The Lost Cause of the Hellenistic Jews.”

Before we get started, observant listeners may hear the periodic chirping of an unreachable smoke detector whose battery was dying in today’s recording.  Our apologies.  This is the recording, and not the smoke detector in your house.