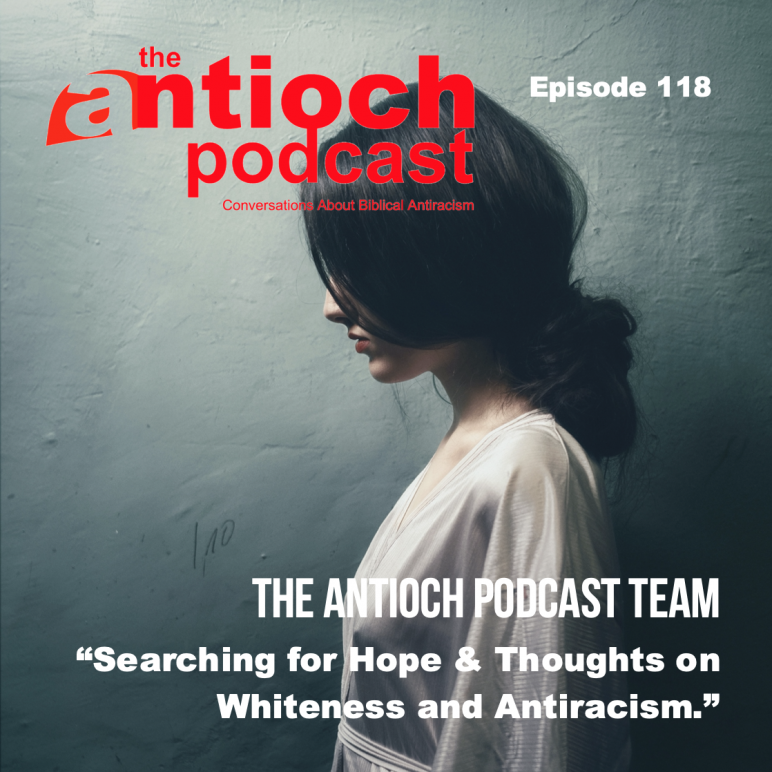 Today’s podcast is an intermission between the episodes of our five-part miniseries on Christianity and Critical Race Theory or CRT.  Don’t worry, we will be back with the remaining episodes very soon.  We wanted as many of our contributors as possible to be present as we tackled the remaining two episodes in our CRT series.

So, while some of our team couldn’t make it to record this week, those of us who were around took some time to gather around the mics to have not one … but TWO conversations about Biblical Antiracism!

In the first conversation, Pastor Reggie, Libby and I gathered to check in with one another about this tenuous space we find ourselves in – a place caught between an outgoing presidential administration, and the unanswered questions about a new one administration coming in.  Pastor Reggie had put some of his thoughts down in an article he titled, “Searching for Hope”, which appeared in the blog Do Justice.  We talked about this blog post together.

In the second-half of this episode, I sat down with Libby to talk about the seemingly paradoxical place of being a white person involved in antiracism education.  She talks about some of the places she finds herself as a white antiracism educator who knows she is believed by other white people, and yet wants these same people to listen to and believe the many people of color who have been talking about these same things – seemingly forever – and yet have not garnered the audiences white people seem able to do when talking about the same issues.

Together, You Can Redeem the Soul of Our Nation, New York Times, July 30, 2020, John Lewis https://www.nytimes.com/2020/07/30/opinion/john-lewis-civil-rights-america.html?referringSource=articleShare

Between the World and Me, Ta-Nehisi Coates
https://www.barnesandnoble.com/w/between-the-world-and-me-ta-nehisi-coates/1121816158