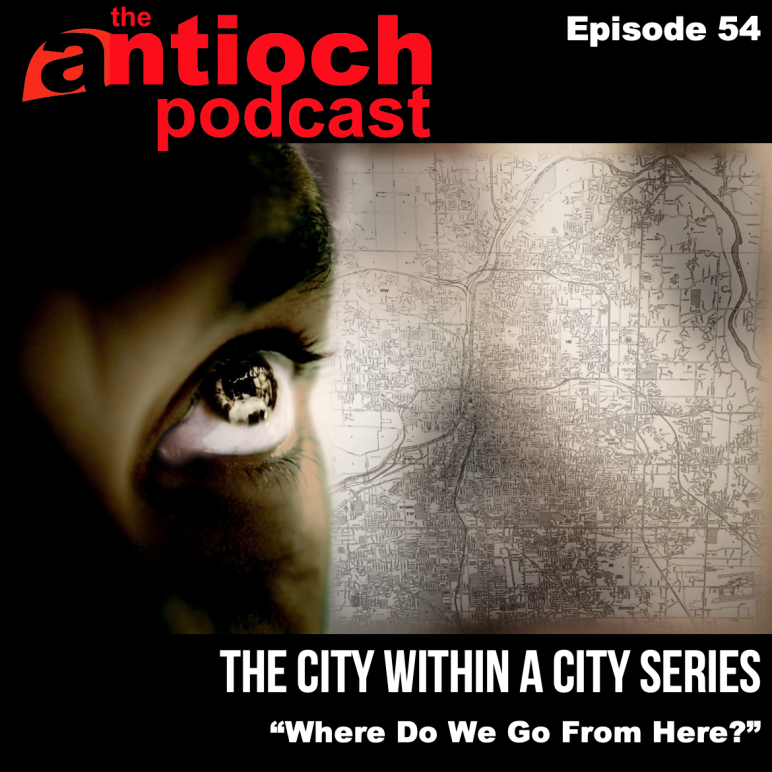 This episode of the Antioch Podcast is a continuation of our discussion of the book “A City Within a City: the Black Freedom Struggle in Grand Rapids, Michigan.” This episode, entitled “Where do we go from here?” contrasts the responses of three influential African Americans to the uproar over integration of the Public Schools in the late 1960’s and early 1970’s. The stories of Ella Sims, the continued story of Paul Phillips, and the story of Grand Rapid’s first African-American Mayor, Lyman Parks illustrate three distinct approaches each of these players took in coping with the white backlash against the Black community. All three of these individuals navigate the racial climate of the time, with each focusing on, and addressing, different aspects of the problem of racism within the city.