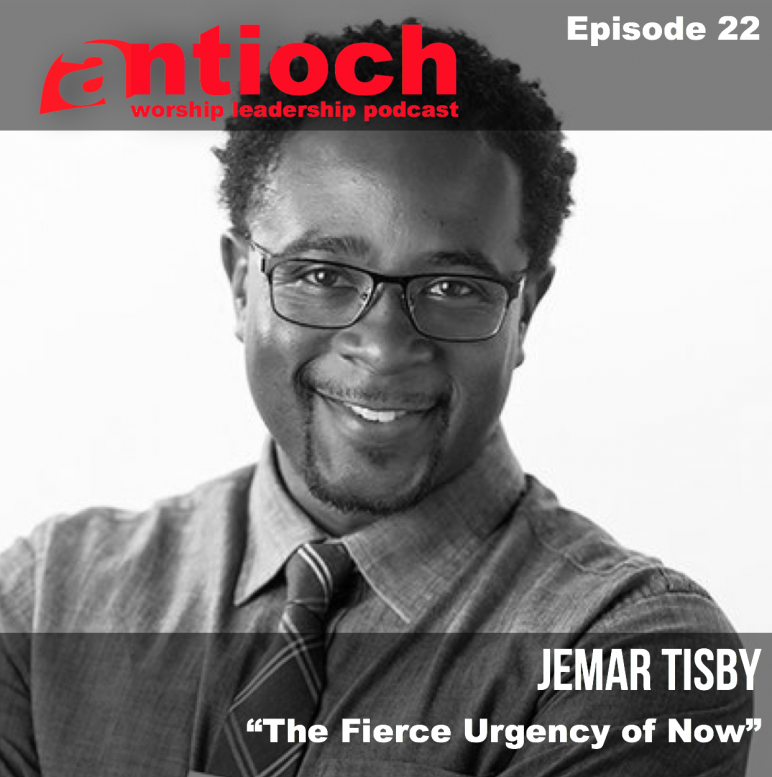 This is a remix episode of the Antioch Worship Leadership Podcast of Jemar Tisby’s presentation “The Fierce Urgency of Now: Christian Complicity with Racism and the Imperative for Immediate Action,” given at 1 Charleston 2017 and orriginally shared on the Pass the Mic Podcast on July 10th, 2017.

Jemar Tisby is a former school teacher and principal, and currently is a PhD student in History at Reformed Theological Seminary in Jackson, Mississippi. While at RTS, Jemar was involved with the African American Leadership Initiative (AALI) at RTS Jackson.  The AALI seeks to increase the number of African Americans at the seminary and prepare Christians of any race for African American, multi-ethnic, and urban ministry.

Jemar is perhaps best known as the president of the Reformed African American Network (RAAN). He writes and speaks about race, religion, and culture as president through RAAN as well as for many other prominent newspapers and magazines. He is also the co-host of the “Pass The Mic” podcast, put out by RAAN and Podastary Studios, which is where I first heard this message. Thank you to Jemar and “Pass the Mic” for giving us permission to share this message on the Antioch podcast.

Additional thanks goes out to Derek Winfield and Katt Tait, for the vocal tracks on this remix episode.