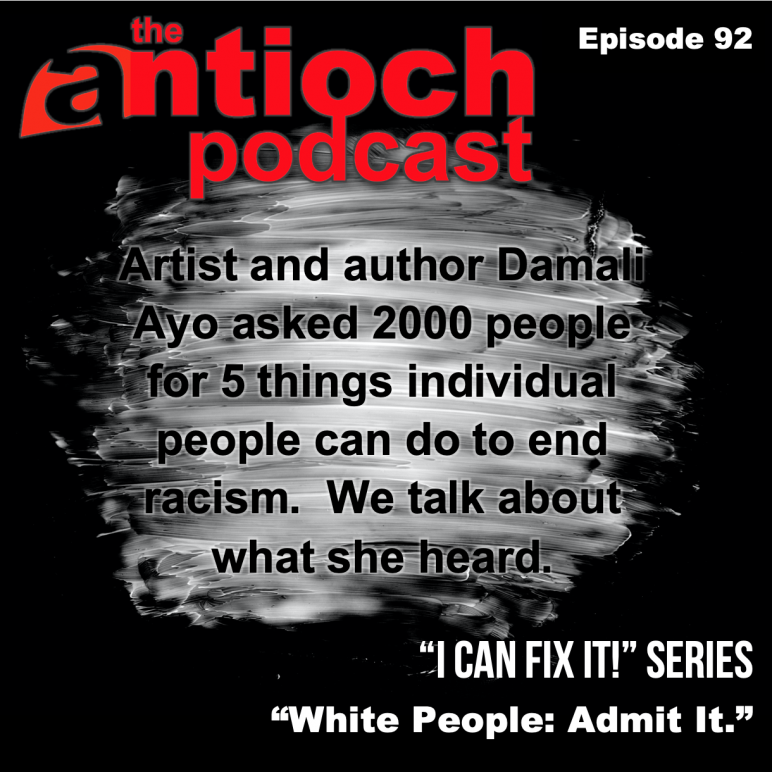 We are in a time of transition. Demonstrations against racism in policing are decreasing around the country, and while the attention-grabbing headlines of racial unrest are diminishing, many white people are beginning to ask the deeper questions about how to fix America’s problems with racial injustice.

Dr. Michelle Loyd-Paige brought a great document to the Antioch Team this week titled “I Can Fix It!”. “I Can Fix It!” is the result of participatory art/performance projects about race and racism artist and writer Damali Ayo created she called “Now Art.” “I Can Fix It!” is a curated list of five things individual people can do to end racism. The first half is five things white people in the dominant American culture can do to end racism, and the second half covers five things people of color in the United States can do. As you will hear in this recording, we thought we would be able to cover part one in one episode, but by the end of our rich conversation, we decided to take our time and talk about this document over a series of episodes, to allow us to have an in-depth, thoughtful, and laughter-filled conversation the way we do here on the podcast.