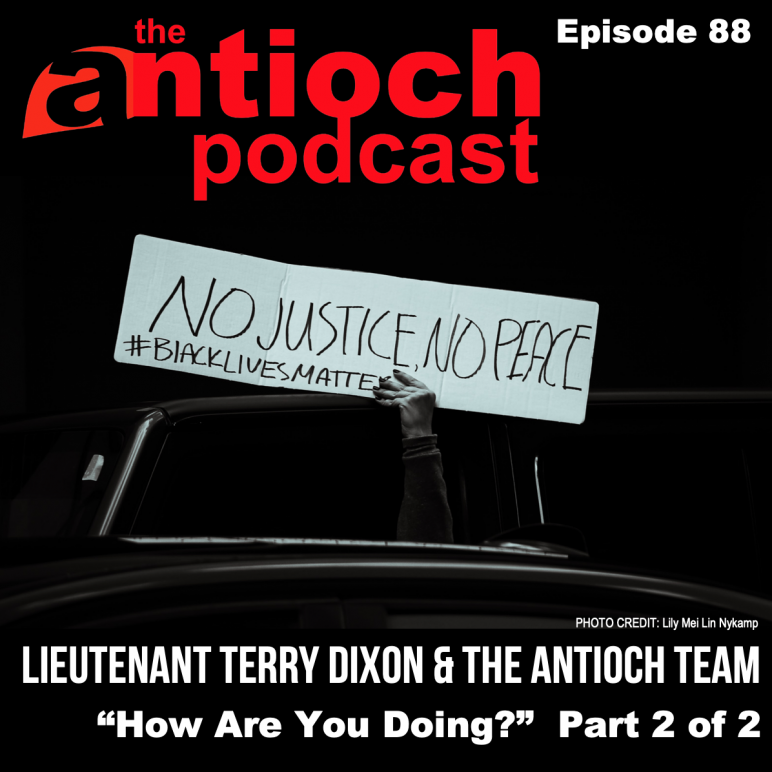 Peaceful protests and frustrated rioters are filling the streets now for days all over the United States.  People of color have a lot to feel angry about:

This is the second part of a two-part interview where our team gathered with special guest, Terry Dixon, a Lieutenant in the Grand Rapids Police Department and president of the Grand Rapids chapter of NOBLE, an organization for police officers of color in the United States.  If you missed the first part of the interview, go back and listen to episode 87 before returning to this one.  Our team gathered with Terry around the microphones to talk about our responses to the murder of George Floyd by Minneapolis Police Officers which onlookers documented on cellphone video.

The day after this interview, Lieutenant Dixon was called back from his 14-day quarantine in response to violent riots that broke out in the heart of the city where he serves.  He has been serving every day since.