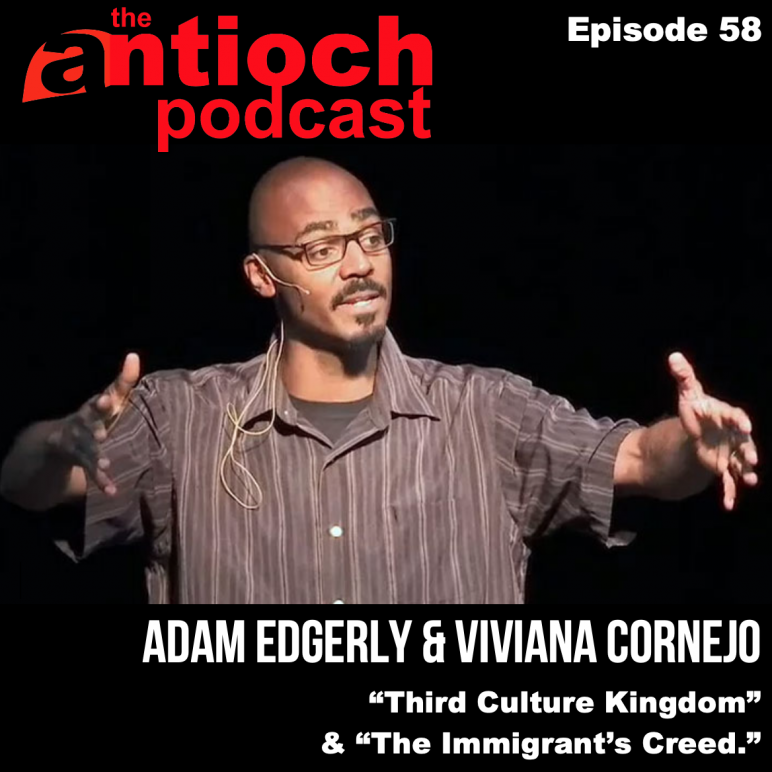 So if you haven’t listened to Episode 51, hit pause and go back and listen to episode 51 before listening in on this message where Pastor Adam theologizes further about the clear thread of reconciliation which is inseparably baked into the narrative of scripture.

This episode of the Antioch podcast is being released a little earlier than usual to ask you, the listener, to pray over the weekend. According to major news outlets, on Thursday, July 11th, 2019, President Donald Trump announced that this weekend he has authorized a resumption of the arrests of undocumented immigrants by Immigration and Customs Enforcement forces. He is specifically focusing on 10 major US cities, including in Los Angeles, where Pastor Edgerly’s church is located. This announcement has brought fear to those members of the immigrant community, who are disproportionately black and brown. This announcement is being made during a week where President Trump’s efforts to include an immigration question on the upcoming US Census was struck down days earlier in the courts, which was widely seen as a victory for the immigrant community. In addition, immigrants seeking asylum in the United States continue being placed in overcrowded cages in US detention facilities, with children being forcibly removed against their will from their parents. Memories of Boarding Schools, Internment Camps, reservations and historic mistreatment of black and brown people are easily triggered by the images seen in the media pertaining to these events.

In anticipation of the expected events of the weekend, I spoke with Viviana Cornejo at the Christian Reformed Church of North America, where she is employed as an advocate at the CRC’s Office of Race Relations. As an immigrant herself from Chile in 1995, she has worked with immigrants, racial and ethnic minorities, and people from the indigenous nations of the United States as part of her work with the Christian Reformed Church.