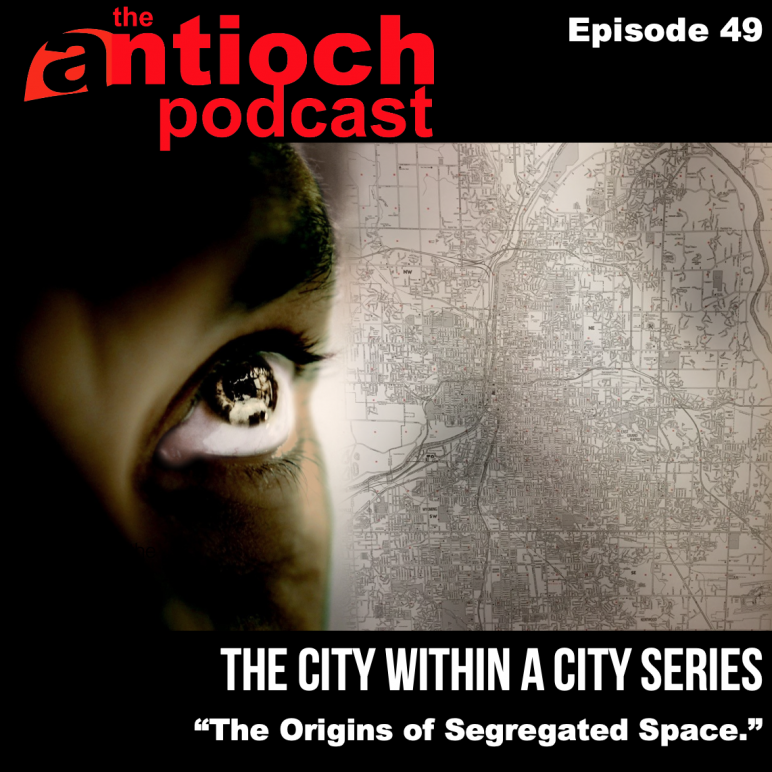 This episode of the Antioch Podcast is a deep dive into how the process of redlining affected people living in Grand Rapids. Redlining, for those of you who are unfamiliar with the term, refers to the “red lines” drawn by the Home Owner’s Loan Corporation on Residential Security Maps indicating the desirability of neighborhoods. These maps were used by the Federal Housing Authority to determine property values. Properties were given a letter grade of A through D, with each grade depicted on these maps using a corresponding four-point color code in descending order: green, blue, yellow and red. Red, the color given to “D-grade” properties, indicated neighborhoods that were “characterized by a detrimental influence in a pronounced degree, undesirable population or infiltration of it.” The letter grades, and their corresponding color assignments, were designated based on the number of people of color living in each neighborhood. Black real-estate agents were kept off the committees who designated the neighborhood grades.

The fear of declining property values drove white city residents to either refuse to sell their homes to black buyers, or to sell their homes in the city and build new homes in emerging city neighborhoods like Burton Heights and Alger Heights within Grand Rapids proper. But for some, these city neighborhoods were still too close, and suburbs seemed like safer investments. This pattern of white flight outside the city spawned the growth of the bedroom communities of Comstock Park, Wyoming, Grandville, Jenison, Rockford, Kentwood and Ada among others. The post WWII building boom was effectively fueled by members of Eastern European ethnicities, who now were starting to view themselves as “white” in differentiation to blacks. The shared racial prejudice of these white ethnics was that blacks as a group were “risky financial investments, ” categorically refusing them loans based on their race, which they could have used to either improve their homes in the city, or obtain better housing elsewhere as whites were doing. This was not the case for whites.

The most ubiquitous example of the systemic white privilege during this time was the availability of new housing loans to white veterans after WWII. The white veterans of WWII came back in large numbers, ready to start families and begin living the American dream. Because of their whiteness, they were perceived as safe loan risks, and were therefore eligible for subsidized loans through the federal GI Bill. Many of these white vets took these loans and used them to build new homes in the newly created all-white suburbs, thereby increasing their generational wealth while creating segregated suburban spaces that would last generations.

Meanwhile in the central city of Grand Rapids, African-Americans were restricted to live within the already dilapidated housing stock of the red-lined areas of the city. Only 5% of African-Americans lived outside these boundaries. This was the period of the Second Great Migration when many blacks fled the racial tyranny of the South and came North in hopes of better lives and jobs in the industrial boom taking place in larger Northern cities. But the red-lines stayed in place, and these newcomers were forced to live within this limited area, overcrowding these squalid homes beyond their intended capacities. Most white Christians were complicit with, and profited from, this racial injustice. The alarming level of overcrowding, coupled with the overcrowded public schools in these areas, set the stage for the next few chapters in this story.