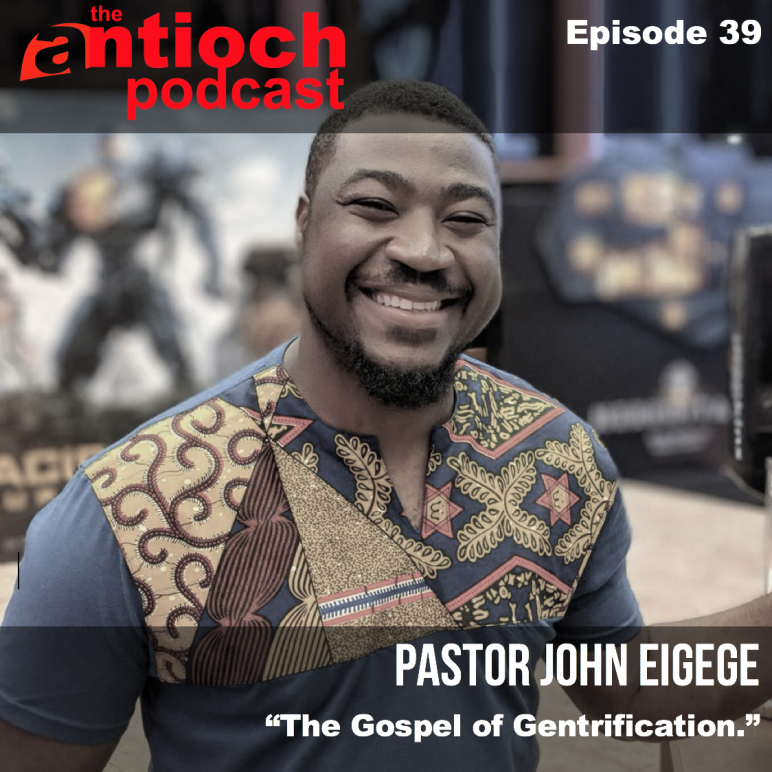 According to recent statistics by CBS News, two zip codes in Houston’s third ward are among the top areas being affected by gentrification in 2018. https://www.cbsnews.com/news/does-gentrification-help-or-hurt-our-major-cities/

This is where we find today’s guest, a missionary from Nigeria to America, Pastor John Eigege. The gentrifying of Houston’s third ward is rapidly changing the neighborhood he has felt called by God to serve, a neighborhood whose historic significance to the city of Houston is in danger of being demolished, its residents displaced, and its story forgotten. He has written a series of three thought-provoking articles for the Office of Social Justice of the Christian Reformed Church entitled ‘”The Gospel of Gentrification” (http://dojustice.crcna.org/article/gospel-gentrification ) in response to what he is seeing in his mission field: Houston’s Third Ward in Texas. I met John a number of years ago through some mutual friends, and wanted to catch up to him and hear his story after reading what he wrote.

So I invite you now to listen in on our conversation as Pastor John Eigege and I talk about how gentrification is affecting his ministry to the people of Houston’s Third Ward as a missionary Chaplain through the Christian Reformed Church.