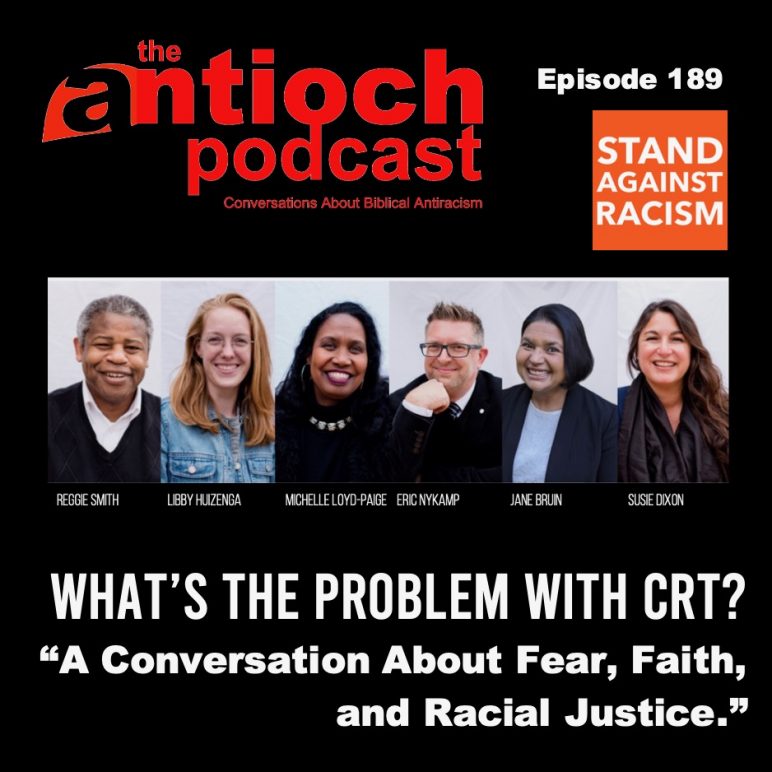 There are a lot of things in the news lately about justice.  Seems like about every other week there is something – some new insult, a new threat, a fresh tragedy – that makes headlines and fill our social media feeds with something to get upset about.  It can be emotionally overwhelming and over time, exhausting.

One of the many things that has made headlines more and more often is Critical Race Theory, or CRT for short.  More and more institutions and legislators are pushing back against CRT, “wokeness” and talk of racial injustice as if there is a general understanding that CRT is this bad thing that needs to be exterminated from public life.  But how many people really understand what CRT is… or how many people assume they know what it is, because they heard that it was dangerous from someone whose opinion matters to them?  What’s the problem with CRT?

This is the question that prompted today’s Antioch Podcast conversation.  It was a conversation we had live in a webinar in conjunction with the YWCA’s annual Stand Against Racism event.  This year, the Antioch Podcast was honored to speak at this event in conjunction with our partners at Calvin University and the Christian Reformed Church of North America’s Office of Race Relations.  This 90-minute conversation is what we are about to share with you now.  Resources mentioned in this podcast, including our prior 5-part Antioch Podcast series on CRT – which we mention, can be found in the links on the episode page for this podcast.

The first voice you will hear is Idella Winfield, a staff member of the CRCNA’s Office of Race Relations, who opened up this presentation.

PEOPLE OF COLOR who are CHRISTIAN AUTHORS AND INFLUENCERS

Dante Stewart – author of Shouting’ in the Fire

Jemar Tisby – author of The Color of Compromise, How to Fight Racism, and founder of The Witness: A Black Christian Collective

Other authors mentioned in this episode:

Ibram X Kendi – author of Stamped From the Beginning: The Definitive History of Racist Ideas in America

Organizations mentioned in this episode:

The Ripple Consulting Pilot Cohort is a six month virtual cohort designed for white Community Leaders, Educators, Spiritual Leaders, and DEIB+ (Diversity, Equity, Inclusion, and Belonging) Advocates to grow in awareness of the internalization process that has resulted from systemic racism. Bimonthly sessions include teaching, large and small group discussions, and inter-faith experientials.

Susie Dixon, one of our co-hosts will be co-facilitating the cohort. Go to https://forms.gle/wWujc6D3Tmjqc3WL8 for more information.