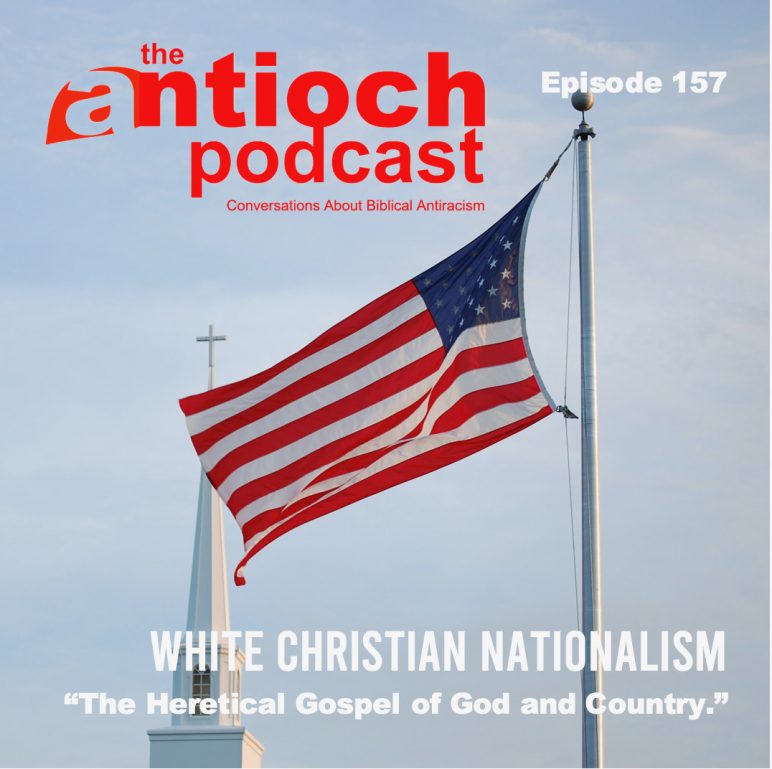 It is a commonly-repeated story about America. European Christians traveled from Europe – some fleeing persecution – crossing the Great Sea to a Promised Land where they set up a God-glorifying Christian nation from which to bless the world. This retelling of the American story substitutes white Christians for the original chosen people of God in the Old Testament, the Israelites. While some parts of this narrative may contain some truths – after all, some white Christians did come to the New World fleeing persecution – reading scripture in this manner, with White Christians substituted for a second, chosen people of God, is a peculiarly American heresy.

Of all the White Christians I know, I don’t know any who would self-identify as White Christian Nationalists, which makes using this phraseology in conversation about a religion centered around whiteness, patriotism and faith particularly difficult. Nevertheless, for a significant segment of White Christian America misreading scripture as a text that justifies American patriotism and politics that center the concerns of white America is what feels like their religious home. And while many who practice White Christian Nationalism would not themselves support the insurrectionists who tried to overthrow the government on January 6, 2021… this psychological distancing ignores the fact that many of the symbols, signs, and prayers used by these insurrectionists are also spoken and found in their sanctuaries, homes and front lawns.

White Christian Nationism is one belief system that makes talking about Biblical Antiracism complicated for White Christians. Biblical Antiracism challenges the narrative that white Christian Americans created a Divinely-appointed society, which has continued to be blessed by God, in order to bless the world. In the narrative of White Christian Nationalism, the history of racial injustice in America is at best minimized, and at worst overlooked, because it begins to substitute a country, instead of Christ, as the savior of the world. And this world is a world focusing squarely on the prosperity and comfort of its whitest citizens. The narrative of White Christian Nationalism overlooks the sins of individual white people, and groups of white people, who created, participated in, or turned a blind eye to their own sins, including laws that permitted and encouraged racial violence and discrimination. It overlooks or minimizes the current historical moment where racism continues to oppress through laws and institutional policies that use racially-coded, but less overtly-racist, language which continue to perpetuate racial inequality. And the narrative of White Christian Nationalism excuses white people from taking responsibility for dismantling racism, by painting those who attempt to provide corrective education and action as evil, divisive or anti-American.

Let’s be honest: White people, like all people in the world, are sinful people. God calls us to look at our sinful condition, repent, and change, so that we do not keep on sinning. God calls all sinful people to do this, and when there are national sins, God calls nations as well to recognize their sins, repent and change those policies and practices.

Case in point, the ancient nation of Israel, about whom the majority of the Old Testament was written. Through the centuries Israel – God’s actual chosen nation – nevertheless had national sin-habits that brought suffering to the most vulnerable populations in their nation – foreigners and immigrants, widows and orphans, people with incurable diseases and people experiencing poverty. Sometimes Israel’s national sins created the very conditions that resulted in this kind of inequality … and it deeply concerned God… because God cares about those who are crushed in spirit.

Our group of Christian antiracism educators have a conversation about this and more in this episode we are calling “White Christian Nationalism: The Heretical Gospel of God and Country.”

What to Do With American Rage, Reginald Smith

A Long History of Affirmative Action – for Whites

Our Broke Public Universities: The Chronicle of Higher Education

The Faces of Rage, David Damico