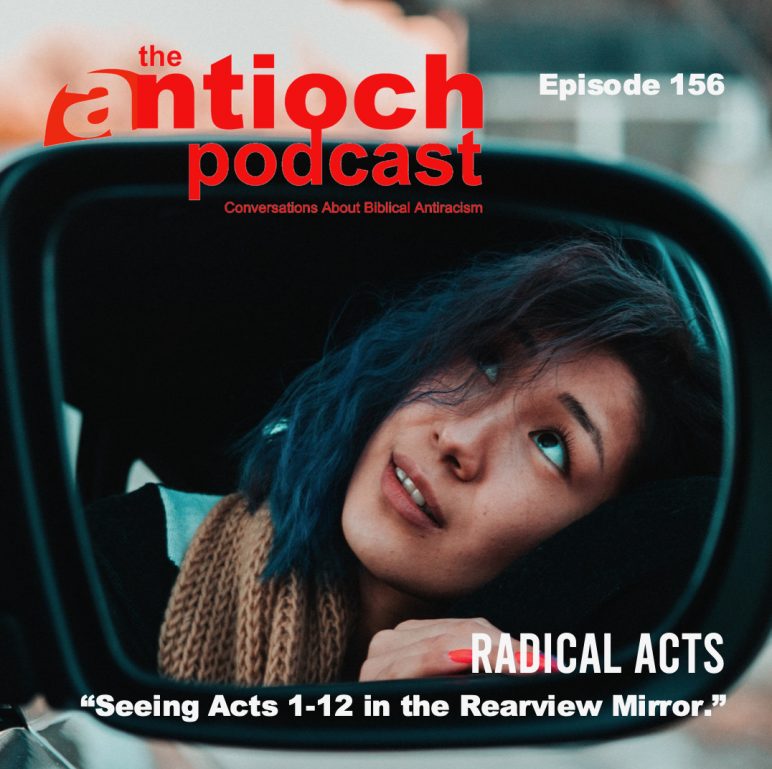 The good doctor Luke, writer of his self-titled gospel on the life of Jesus followed up by writing the sequel commonly referred to as the Acts of the Apostles.  Now it IS true – this book does talk a lot about those early church leaders.  But focusing on the human beings in this story misses the bigger picture of the book of Acts, namely that this is actually a story about the Holy Spirit, the person of the Trinity which Pastor Reggie describes in this episode as the “shyest person of the trinity”.  We are taking this episode to look back at the narrative arc of the first twelve chapters of the book of Acts, to talk about the big themes of this story which among other things, chronicles how the Holy Spirit gave birth to the first, radically inclusive, multiethnic church.

You are not going to want to miss a minute of this conversation. among our group of Christian antiracism educators and friends in this episode we are calling “Seeing Acts 1-12 in the Rearview Mirror.”