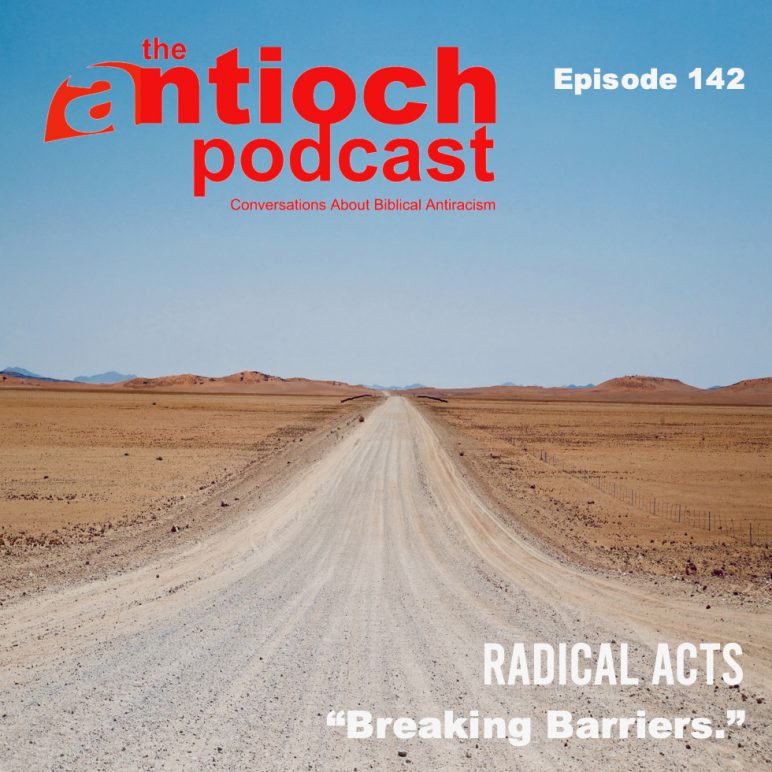 For those of you who may be new to the podcast, we are a multi-racial group of Christian friends who take an hour each episode to have a conversation about race and faith. In the past few months, we have been doing a deep dive into scripture, to look at the Biblical precedent undergirding Christian antiracism efforts. We have been focusing on the book of Acts, in this series we’ve been calling “Radical Acts: The birth of the multiethnic church.”

So, in today’s episode, we’ve come to the narrative from scripture commonly referred to as “Phillip and the Ethiopian Eunuch.” To set the scene, the early church by this time was just beginning to expand its membership to include outsiders to Judaism – Hellenistic Jews and Samaritans. This act would have been perceived as radical by most Jewish people who had been raised from birth to think of themselves as separate and superior to both of these groups. But these two groups also occupied spaces adjacent to Judaism, which meant that while they may have been warry of one another, they also had practice accommodating one another to a degree.

But God was about to call the church to include people who had increasingly little knowledge of Jewish ethnic or religious practice. In today’s story, Phillip, himself a cultural outsider to Judaism, was beginning to be recognized as the leader of the Jesus way in Samaria. Phillip was making a name for himself by bringing the gospel to the residents of Samaria – a people whose jewish ancestors had intermarried with various tribal groups in centuries past, and now were looked down on by 1st Century Jews for their mixed-blood heritage and watered-down Jewish dietary and religious traditions. Phillip was about to be sent by God from Samaria into the wilderness, along a Roman road that went from Jerusalem to Gaza … where he would meet an Ethiopian governmental official on his way back to Africa from the city of God.

As usual, our team had a lot to say about this, theologically and personally.