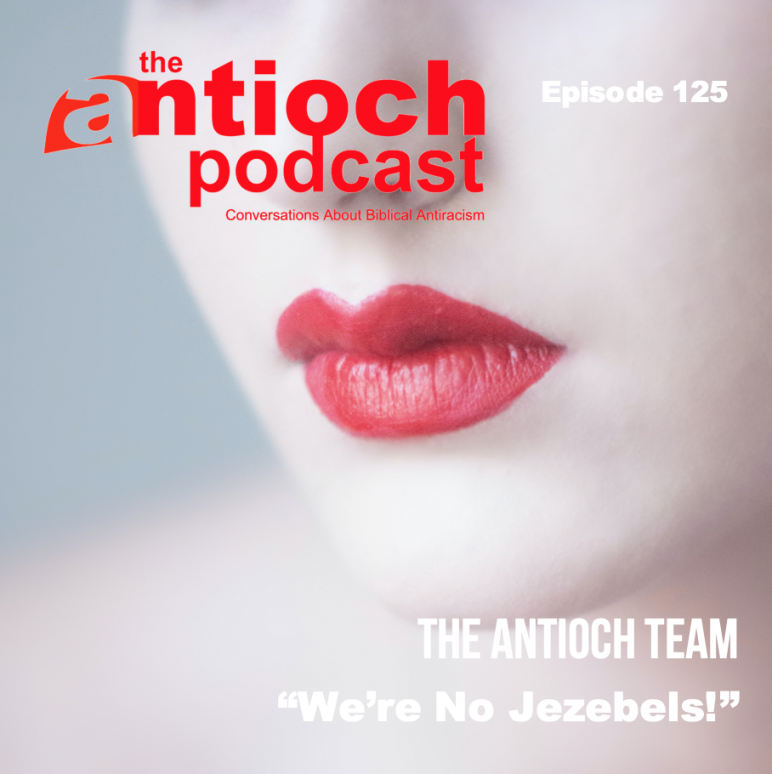 This week the women of the Antioch Podcast team lead us in a conversation about women’s leadership in the church.  Usually on the Antioch Podcast we have conversations about “Biblical” antiracism.  For those of you new to the podcast, we talk about anti-racism, because racism is a form of oppression. An aspect of God’s desire for humanity is that no humans are oppressed. Christians have a special calling to therefore strive to create a world that treats all people as equals, where one group does not profit off the oppression of another group, and were we tend to the loving caretaking of the planet and our communities because we are all equals.  Christians have not always lived up to this calling.  In fact, the history of Christianity is littered with many stories of how we misused our power to do the opposite.  It is true – In the past, as well as the present – people have misused scripture to justify treating people differently, often based on perceived racial differences.  We on the Antioch Podcast stand in firm opposition to that.  It is why we talk about Biblical antiracism, in the hopes that our conversations are one model (albeit a flawed one) of the kinds of conversations we hope Christians have to keep racism from continuing to infect the body of Christ broadly.

Another form of oppression is gender-based oppression.  Again, people in the past and the present misuse scripture to justify creating a world where men are considered superior, and women inferior.  Some would say this is God’s design, but we on the Antioch Podcast stand in solidarity with women, affirming them in the use of their gifts as co-equals with men, to build up the body of Christ broadly.

But, not all Christians feel this way.  Women with leadership gifts often find it difficult to use their gifts, find employment in religious spaces, or be perceived by some Christian men and women to be as authoritative as men.

Vice President Kamala Harris is running into similar issues as the first female Vice President of the United States.  Some Southern Baptist ministers are calling her a modern-day Jezebel.

Our team had something to say about that.  All three female cohosts of the Antioch Podcast team preach and teach regularly in their home churches and in other institutions, and they took this moment, to talk about their experiences openly on this recording, with us all.  Pastor Reggie was unable to be present at the start of our recording session, but you will hear his voice part-way through as he was able to join us mid-way through the conversation.