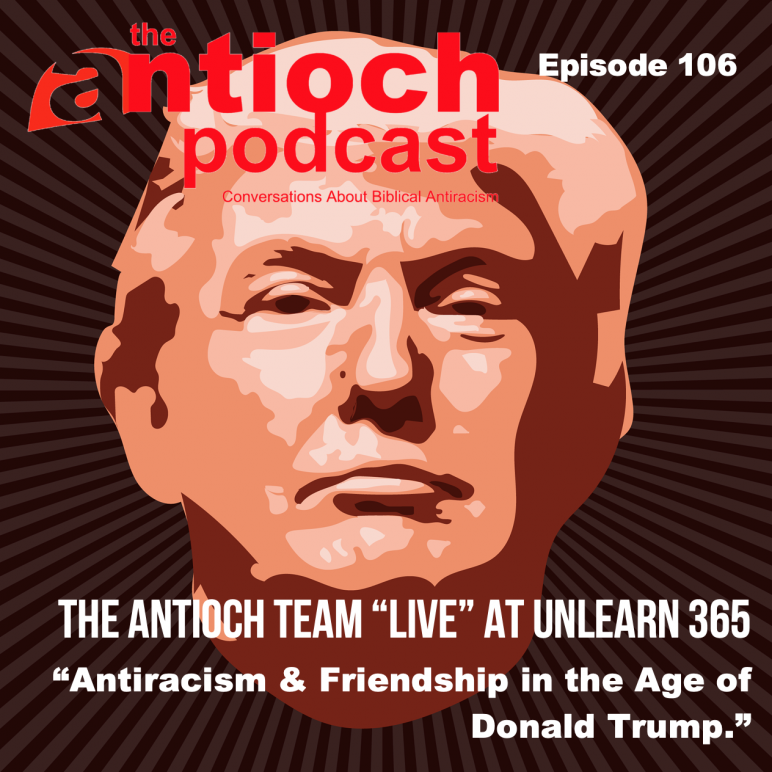 We are in the final days before a deeply divisive election.  Tempers are high, and it seems as though every few days something alarming makes the news.  The day before we recorded this episode, an armed militia was arrested in our city and across our state for plotting to kidnap our governor, take her to an undisclosed location in Wisconsin to put her on trial, and destroy bridges in the process to delay law enforcement who might have tried to stop them.  It is a tense time in Michigan, and in our deeply purple community in Grand Rapids, relationships are strained in families, friendships and churches.  I don’t think we are alone here.  The country is deeply divided, and Chrisitans too are divided.  81% of Evangelical Christians voted for Donald Trump in 2015, and current polling suggests this trend will continue in this election.  Many white Christians still to this day do not recognize Donald Trump’s incendiary rhetoric about non-white people groups to be racist.  And, since Donald Trump took office, white Christians are now less likely than they were a year before to want to do anyting about racism, according to a recent study by the Barna Institute.  This is deeply troubling.

Into this context Calvin University invited the Antioch Podcast to participate in their yearly Unlearn 365 program which aims to educate both the college and the community about matters pertaining to diversity, inclusion and antiracism.  We commonly receive feedback from our listeners telling us that they wish that they too could have conversations like we have on the Antioch podcast with their friends… but in this tense political climate, they don’t know how.  So, because of this, we decided to talk about this very thing in an episode we recorded live before a virtual audience in a conversation we called “Antiracism and Friendship in the Age of Donald Trump.”